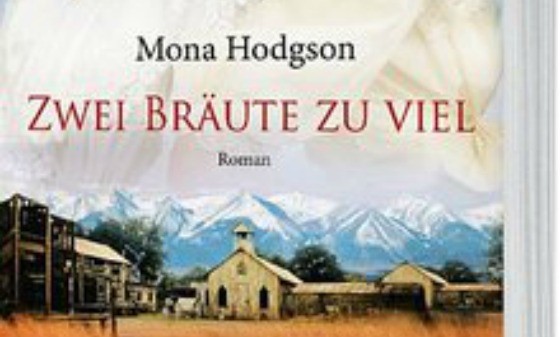 Do you have any family, friends, or colleagues who read German? Might they enjoy Historical Romance set in America, but translated into the German language?

Well, I have big news! Two Brides Too Many, Book 1 in The Sinclair Sisters of Cripple Creek Series, is now available as a German translation. Thanks to GerthMedien, a part of the publishing group Random House (Bertelsmann).  END_OF_DOCUMENT_TOKEN_TO_BE_REPLACED 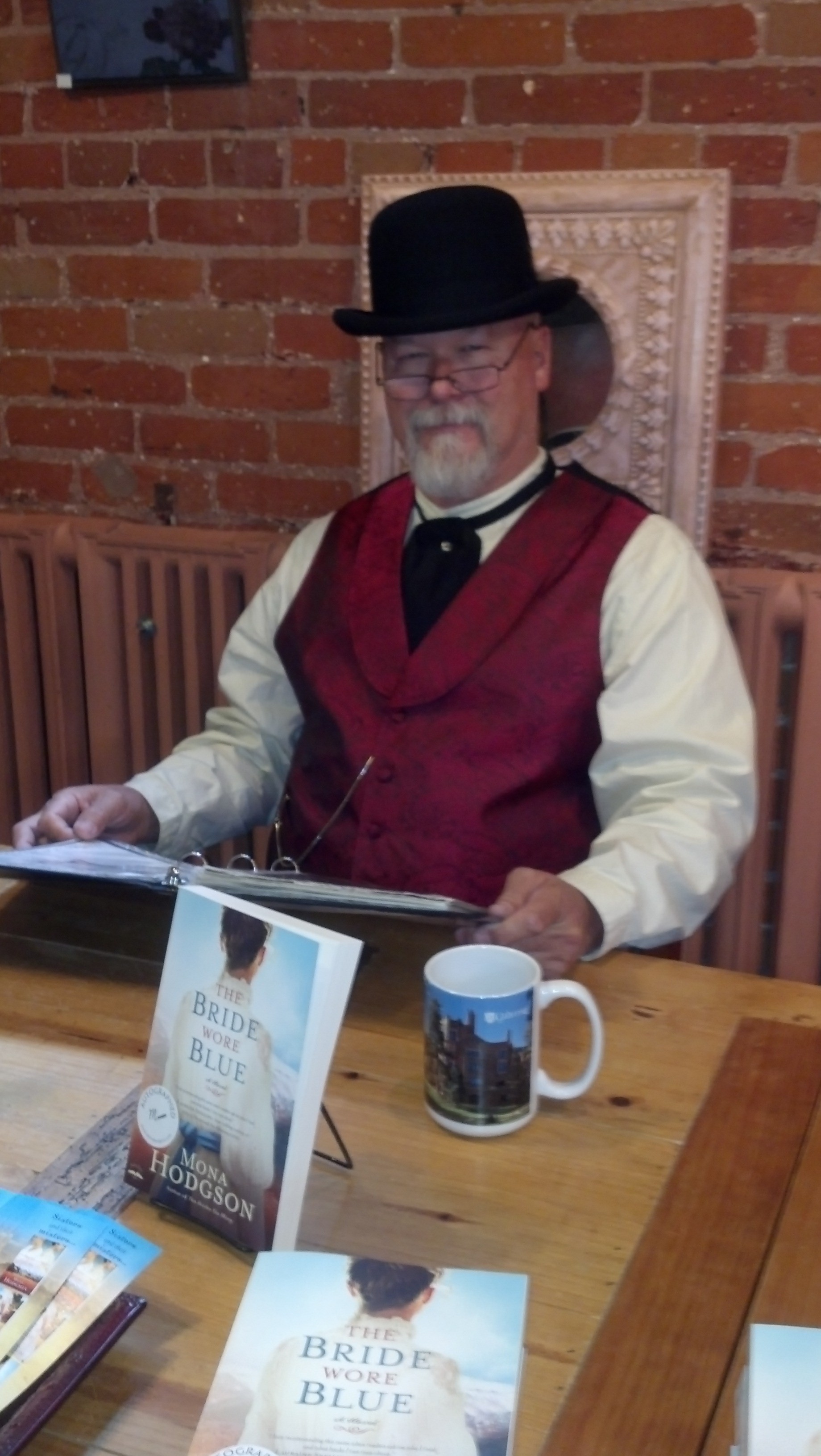 Since you’re reading this post, I’m guessing you already have a computer, iPod/iPad/iPhone, Android tablet, or smart phone. That means you have the ability to install a free app that will allow you to enjoy the new series (and all of Mona’s historical fiction) on your device.

The app that seems the universal choice is the Kindle app, available from the Amazon.com website. All compatible platforms are listed on the site, including those with a fruit logo, but keep reading for an important caveat.

If you have a PC or Android, you can purchase the books in Amazon/Kindle, then read it on any device with the Kindle app installed.

If you own a Mac and iPhone, iPad, or iPod, you can and should install the iBook app from Apple. Keep in mind that if you use an Apple product, they do not allow what are referred to as in-app purchases. So, with a Kindle app, you can read the book, but you will have to purchase it on some other device. You would be ahead to keep it all in-house.

E-Books are not transferable between different brands of e-Readers. My advice is to go with the strongest brand for you, so you don’t have to re-purchase your books if you change readers.  Kindle and iBooks both allow you to read your books on any of your compatible devices. Start on your desktop, and continue on your handheld.

There are other readers available. If you plan on purchasing one of them, you would want to go to their website and see about downloadable readers for your current device. Then, when you buy that reader in the future, you will be able to transfer the books to your device.

I hope I have not confused the matter in my “simple” explanation. If you have any further questions, go to the website of your device or operating system. They get paid to make it complicated.

CLICK HERE to read and excerpt from Dandelions on the Wind and to order from your favorite eBookseller.

The fascinating women of the 1800s were not dissimilar to you and I, even though their circumstances varied greatly and required extra doses of pluck. They loved and lost. They laughed and cried. They tried and failed. Many tried again and were victorious. Relationships and community mattered to them. Faith played an important role in their strength and resiliency.

Mollie Kathleen Gortner was one of those women in Cripple Creek, Colorado.

In the spring of 1891, Mollie Kathleen’s son Perry left their home in Colorado Springs as a surveyor to map mining claims in Cripple Creek. All he talked about was the gold there. Wanting to see for herself what the fuss was all about, Mollie Kathleen loaded the family wagon with supplies and joined other wagons headed to Cripple Creek. She set up housekeeping in the log and canvas tent Perry had recently completed.

One day that September, Perry returned home from surveying with stories about seeing a huge herd of elk. Again, Mollie Kathleen decided to go out and see for herself. But she never made it up high enough to see the elk. When Mollie Kathleen stopped to rest, she looked downward and noticed an interesting rock formation winking at her. Pure gold laced in quartz. Having seen several prospectors in the area, Mollie Kathleen forced herself to remain calm and hid the ore sample in her clothing.

Consequently, Mrs. Mollie Kathleen Gortner became the first woman in the Cripple Creek District to discover gold and strike a claim in her own name.

Although Mollie Kathleen staked the claim and owned the mine, it was her son Perry who kept an office out at the Mollie Kathleen Mine. As soon as Mollie Kathleen would set foot on the mine site, the miners would scramble up out of the tunnels. Turns out they were a superstitious lot who refused to be caught in a one-thousand-foot vertical shaft with a woman on the grounds.

In each of the four Sinclair Sisters of Cripple Creek novels, readers meet at least one real-life woman from Cripple Creek history. I introduced Mary Claver Coleman, the Reverend Mother of the Sisters of Mercy, in Two Brides Too Many. In Too Rich for a Bride, business entrepreneur Mollie O’Bryan helped add layers to Ida Sinclair’s journey. Doctor Susan Anderson, known as Doc Susie, came alongside our cast of fictional characters in The Bride Wore Blue. Mollie Kathleen Gortner is the primary real-life woman in Twice a Bride. Like the women in the previous stories, Mollie Kathleen’s portrayal in the story is a fictionalization.

I begin with fact—what I can learn about the woman from research. Then starting with what I know about “her story,” I figure out where her experience might intersect with my main characters in their story.

As a secondary character in Twice a Bride, Mollie Kathleen Gortner plays a pivotal role in Trenton Van Der Veer’s adjustment as a businessman in the Cripple Creek Mining District. Mollie Kathleen also serves as an inspiration to newcomer Willow Raines Peterson, a widow in search of a fresh start.

Fun Fact: The Mollie Kathleen Mine on the outskirt of Cripple Creek, Colorado is open to the public and offers underground tours into the 1,000 foot vertical mine shaft. See what life was like for the Old West hard rock miner. A fun and educational summer stop for families. For more information on the mine and the tour season, go to: http://www.goldminetours.com/goldminetours.com/Home.html.

Have you visited a mine? Gone into an underground mine? Which one?

All four Sinclair Sisters of Cripple Creek novels are also available for your eReader?