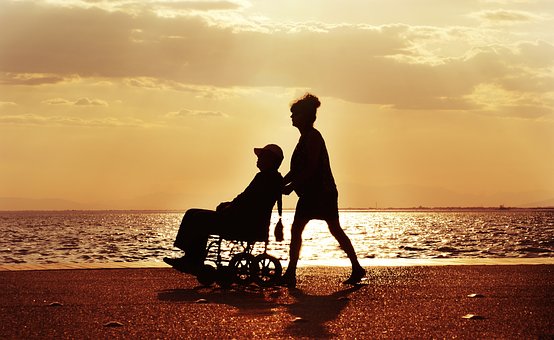 I’m welcoming my friend and fellow Books & Such client, Sarah Forgrave, back to my blog. Sarah is the author of Prayers  for Hope and Healing. and Prayers of Hope for Caregivers, her latest book.

Caring for someone with health needs can be emotionally, physically, and spiritually draining. Sarah has spent considerable time, both as someone struggling with serious medical issues and as the family member of a chronically ill patient, and she understands the many challenges caregivers face. I’ve asked Sarah to share a few ways we can best come alongside a friend or family member in a caregiving role. 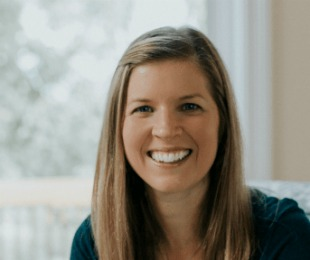 5 Ways to Encourage a Caregiver

Eight years ago, I supported my sister through a heart transplant and housed her in the month afterward. Three years ago, my son faced a life-threatening infection that sent us to the ICU. In both cases, I poured out care for those I love—family members facing incredible need—but I also carried a huge amount of needs myself.
END_OF_DOCUMENT_TOKEN_TO_BE_REPLACED 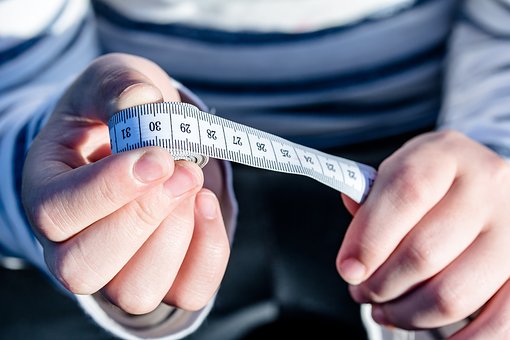 I’m excited to introduce you to my friend, Sharon Jaynes. I’ve asked my sister from AWSA (Advanced Writers and Speakers Association) to share truths with us regarding the disparity between how we see ourselves and owning our true value, our identity in Christ.

Don’t miss the giveaway at the bottom of the post. 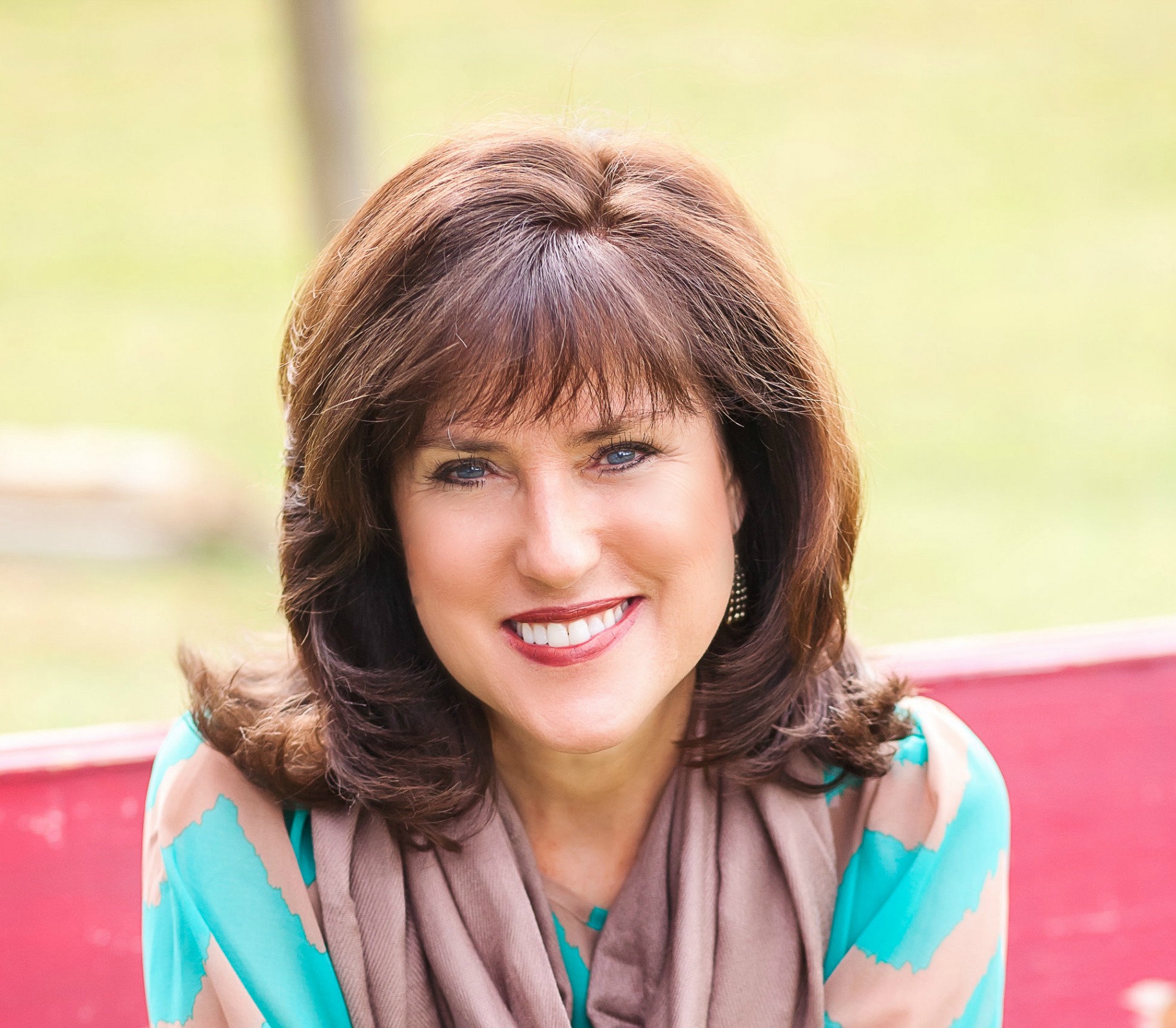 Do you remember the day you came to saving faith?

Or perhaps you can’t even remember a time when you didn’t know Him.

For me, it was on a summer night when I was fourteen years old.

When I think about how God brought me out of a home filled with alcohol, rage, and hostility into this wonderful relationship with Jesus, I’m amazed. The sheer wonder of it stokes my passion for Jesus and gratitude to God every time I tell it.

But here’s what you need to know. Just because I became a Christian when I was fourteen, does not mean that my feelings of inferiority, insecurity, and inadequacy went away. I was still a girl who felt worthlessness. When I made the decision to believe in Jesus Christ as my Lord and Savior, those feelings did not dissolve like springtime snow. END_OF_DOCUMENT_TOKEN_TO_BE_REPLACED 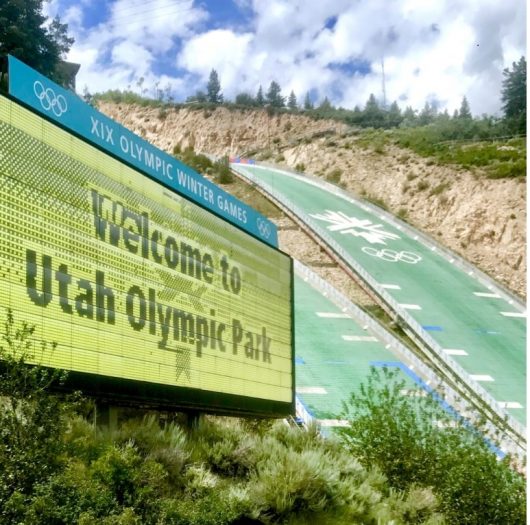 Let me introduce you to my friend, Loree Johns.

Loree, a Write Brilliant buddy and one of my iron sharpeners, is an interior designer who offers inspiration for  your heart and your home, earning her the title Decorating Devotional Gal. Loree and I met in person in Park City, Utah, last summer at the Write Brilliant live event for online academy participants.

I opted out of the bobsled ride, but not Loree. And I couldn’t think of a better time to share her story than the week the 2018 Winter Olympics kick off. 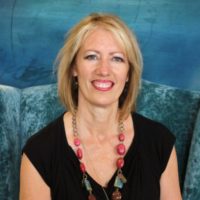 How bad could the bobsled ride be?

If the Utah Olympic Park let the public sign up it must be safe, though the list of health warnings on the ticketing site hung half a page long. When anxiety threatened to tangle with my peace, I stuffed anxiety into my back pocket.

At our Park City, Utah, writer’s conference, the Write Brilliant mantra was, “The answer is always YES!”

The Write Brilliant team encouraged us to step away from our norm during the afternoon breaks and seek adventure.

The adventure that kept jumping out at me was the Olympic bobsled. END_OF_DOCUMENT_TOKEN_TO_BE_REPLACED 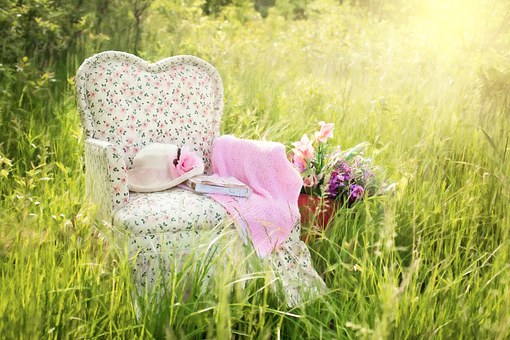 I’m excited to introduce you to my friend, Robin.

Robin Jones Gunn is an award-winning storyteller, the much loved author of the popular Christy Miller series for teens and Sisterchicks® novels as well as non-fiction favorites such as Victim of Grace: When God’s Goodness Prevails. Robin and her hubby live in Hawaii where she writes from her lanai, sipping iced tea with a fresh slice of pineapple. What? Me? Jealous?

I asked Robin if she’d share an excerpt from her book, Victim of Grace. She said “Yes.” Thanks, Robin!

END_OF_DOCUMENT_TOKEN_TO_BE_REPLACED 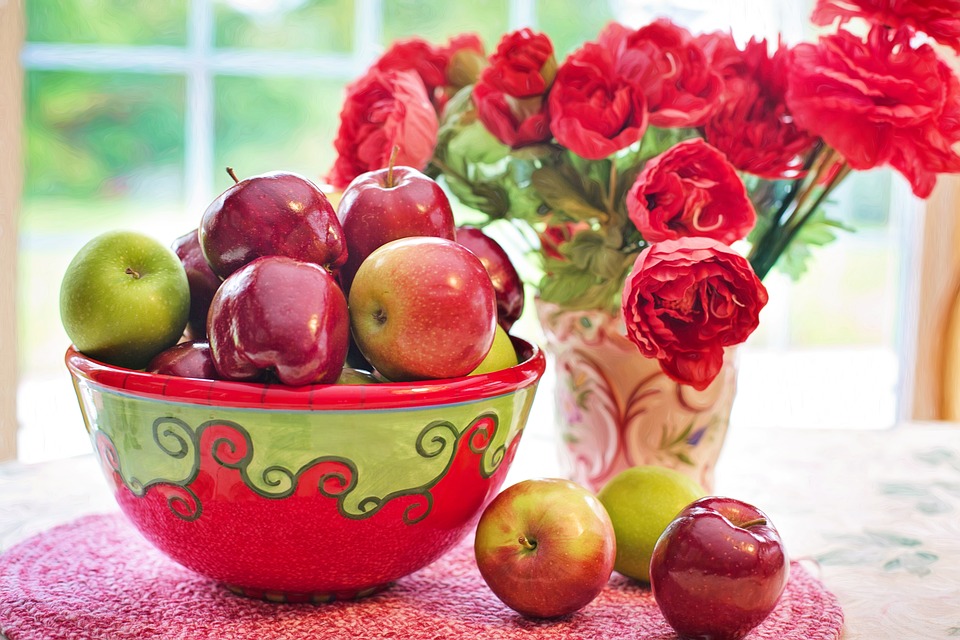 I’d like to introduce my friend, Kathi Lipp. I’ve known Kathi for several years, and then had the privilege of getting to know her better when we worked together for a couple of years at the Mount Hermon Christian Writers’ Conference in California. The author of Clutter Free: Quick and Easy Steps for Simplifying Your Space, Kathi excels in simplifying and organizing. That’s why I asked her to share an excerpt from her book with a few basics steps to help us declutter in this new year. 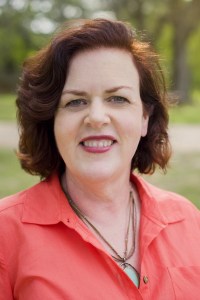 Since starting Clutter Free Academy, we’ve had many people ask, “Where do I start?”

We all want to be more organized, more disciplined when it comes to dealing with our stuff. This excerpt from my book Clutter Free offers a beginners’ guide to help you jump in and get results quickly.

1. Pick a major source of pain. Get mad every time you go into the garage? See red when you try to relax in the living room? Is your office where papers go to die?

Whatever area of your home is causing you the most pain, that’s what needs to be addressed first. END_OF_DOCUMENT_TOKEN_TO_BE_REPLACED 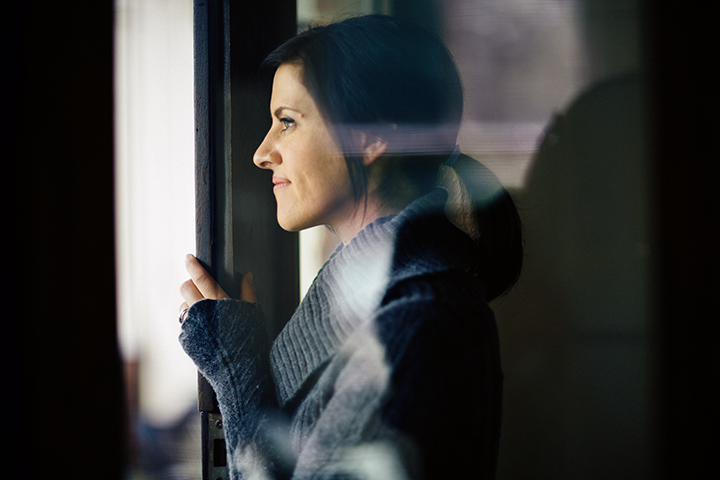 Let me introduce you to my friend, JJ.

During my first experience seeing JJ Heller and her hubby Dave on the stage at a women’s retreat in September, the Smothers Brothers came to mind. (I know…you’re probably too young to remember the Smothers Brothers Show.) The recollection had nothing to do with the couple’s stellar song writing and melodious voices. Everything to do with Dave’s droll wit. So fun! And their time onstage so soul-feeding.

If you ever have the opportunity to see JJ and Dave perform live, run don’t walk to the venue. In the meantime, you can follow JJ on YouTube or Facebook. Below JJ’s post, you’ll find links to JJ’s music. 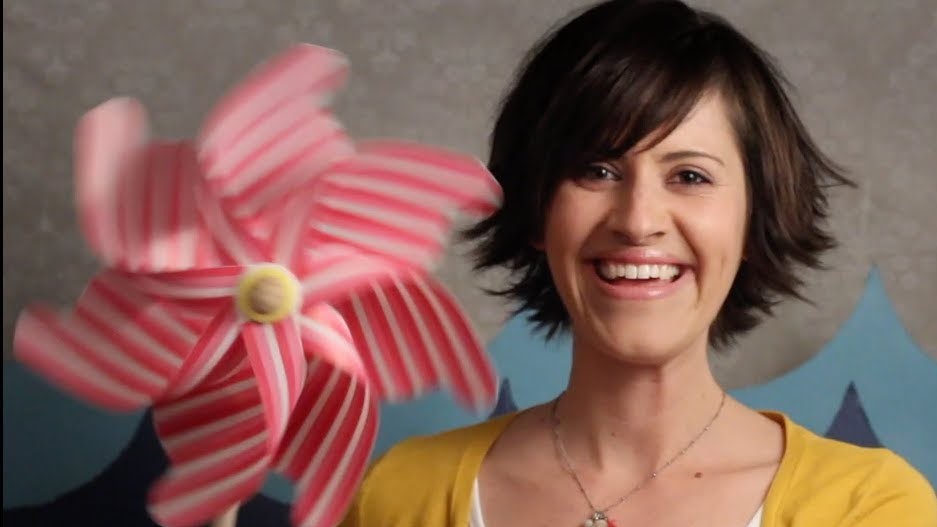 Perhaps like me, you struggle with fear. You’re not alone, you’re not going crazy and God is not disappointed with you.

Something that was and is really important on my own journey of healing is hearing other people’s stories, so here is a bit of mine.

I first started dealing with panic attacks, also known as panic disorder, in 2003 when, all within a span of one month, my husband, Dave, and I graduated from college, got married, moved to another state and decided to pursue music as a career. My body didn’t know how to handle the stress.

Because of my strange health symptoms, I was convinced I was dying of something.

The physical reactions seemed to come out of nowhere and would scare the living daylights out of me. I would be sitting on the couch and all of a sudden I would notice my fingers starting to tingle and go numb, my heart would start pounding, I’d have trouble breathing, and I’d feel dizzy like I might pass out. It was terrifying.

On several occasions I went to the doctor to figure out what was wrong, and each time I was told I was incredibly healthy. I had a heart monitor hooked up for 24 hours, but even that reported I was healthy.

Instead of feeling relieved, I grew frustrated that they couldn’t find the cause of my symptoms, and I was still convinced it was only a matter of days until I would be knocking on death’s door. It wasn’t until I started doing my own research that I discovered I wasn’t dying.

I was having panic attacks. END_OF_DOCUMENT_TOKEN_TO_BE_REPLACED 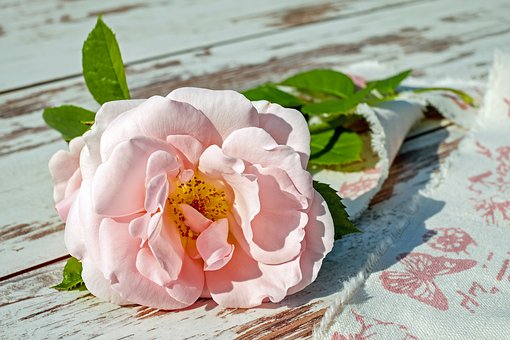 Let me introduce you to my friend, Becky. I’ve not yet met Rebecca Rene Jones in person. But after reading her memoir, Broken for Good: How Grief Awoke My Greatest Hopes, I feel like I’ve sipped coffee with her on the backporch at the lake house and even cast a line with her at the lake’s edge.

As the Thanksgiving and Christmas holidays fast approach, the reality of an empty chair at the supper table can run us down. Because Becky’s writing is so yummy and her insights are soul satisfying, I asked her to share some refreshing thoughts on grief with us. Follow Becky on Twitter and Facebook. 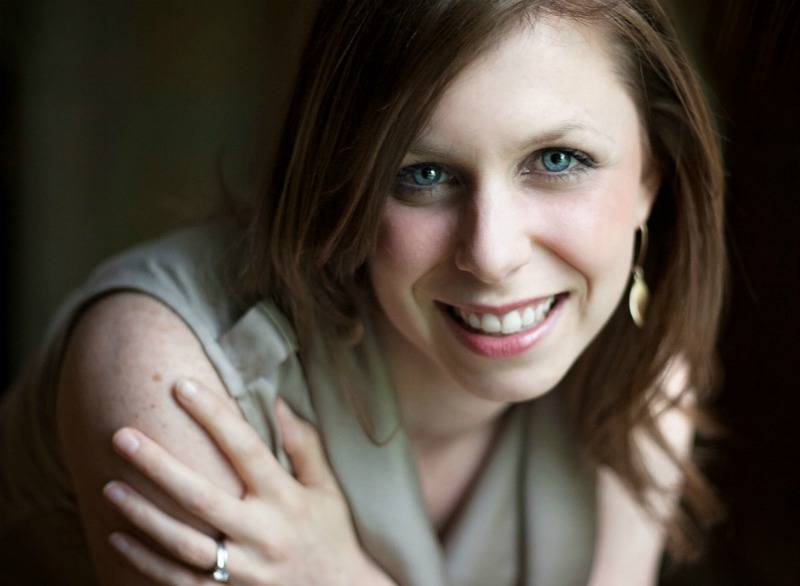 People ask how I knew that I wanted to write the book, after Dad died.

Over the years, I’ve often wondered the same. Why write, and in doing so, re-live? What was there to re-visit? To unearth?

Mine was a garden-variety grief; kids bury parents. Maybe not at 18, but it’s not unnatural. And Dad died of cancer–not exactly a headline there, either.

So why a book? Why tell the story? What was there to say?

The bald truth is this: what I found on the other side of grief surprised me. END_OF_DOCUMENT_TOKEN_TO_BE_REPLACED 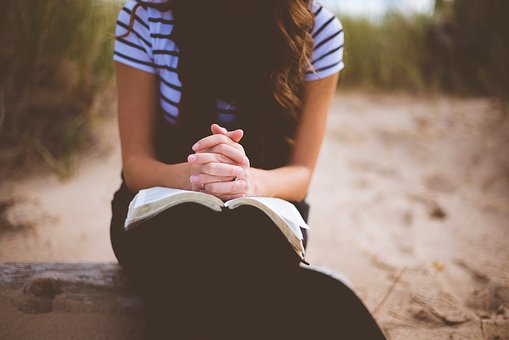 Let me introduce you to my friend, Sarah.

Motivated by her own serious and chronic health struggles, Sarah Forgrave became a wellness coach who loves encouraging others in their health and faith journeys. Then she wrote a book, Prayers for Hope and Healing: Seeking God’s Strength as You Face Health Challenges. When Sarah isn’t writing or teaching, she loves to shop at Trader Joe’s or spend time with her husband and two children in their Midwest home. You can connect with Sarah on Facebook and Pinterest. 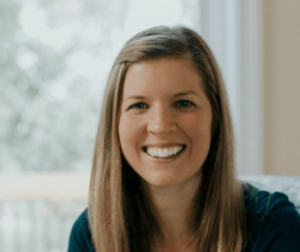 If you’re anything like me, sometimes when you attempt to pray the next thing you know your mind is wandering to the grocery list, the kids’ schedule for the day, or what you’re going to make for breakfast.

I’m not saying I have this thing mastered by any means, but I recently realized my prayer life has been much more focused lately.

Taking a closer look, I discovered some patterns that have helped me stay connected during prayer. So I thought I’d share them today, along with a couple other suggestions that friends have found helpful. END_OF_DOCUMENT_TOKEN_TO_BE_REPLACED 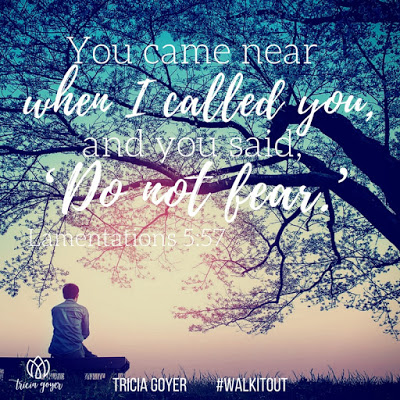 Let me introduce you to my friend, Tricia.

When I faced a tight deadline for writing my debut novel eight years ago, I sought counsel from Tricia Goyer. An award-winning storyteller, Tricia is also the author of the book Walk It Out: The Radical Result of Living God’s Word One Step at a Time.

Motivated by her own experience of being a teen mom and the women who supported her, Tricia has a heart for mentoring teen moms and their families. Before moving to Arkansas, Tricia co-founded Hope Pregnancy Ministries in Northwestern Montana. She currently leads a Teen MOPS (Mothers of Preschoolers) Group in inner-city Little Rock. Tricia and the love of her life, husband John, are the parents of ten and grandparents of two. Follow Tricia Twitter or Facebook. 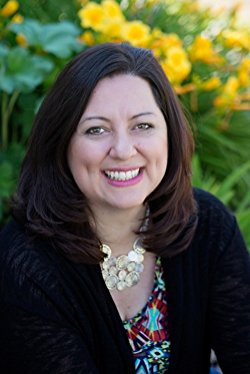 The other day I was cooking dinner when my six-year-old son rushed into the kitchen. Beads of sweat slid down his red face. “I’m so hot. You never get me anything to drink.”

I stirred my spaghetti sauce with one hand as I turned to him. “Excuse me?”

His voice rose in a full, high-pitched whine. “You never give me anything to drink!” He waved his hands and dropped to the floor. END_OF_DOCUMENT_TOKEN_TO_BE_REPLACED 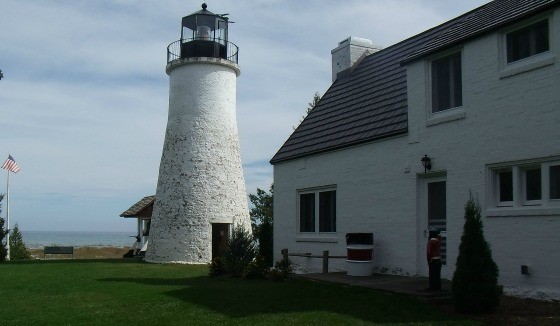 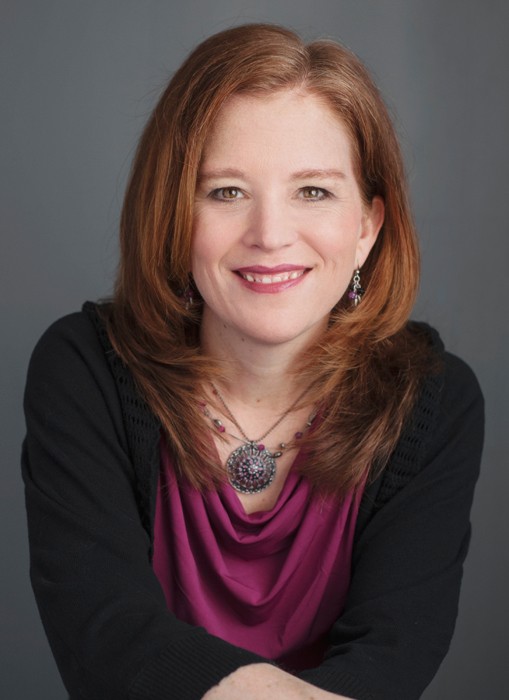 Meet Jody Hedlund, the bestselling author of seven novels, including Captured By Love, Rebellious Heart, and A Noble Groom, winner of the 2014 Carol Award and Inspy Award. Jody received a bachelor’s from Taylor University and a master’s from University of Wisconsin, both in social work. Currently she makes her home in Midland, Michigan, with her husband and five busy children.

I’m delighted that Jody agreed to stop by and share her love of lighthouses with us and give away a copy of her new novel, Love Unexpected. END_OF_DOCUMENT_TOKEN_TO_BE_REPLACED