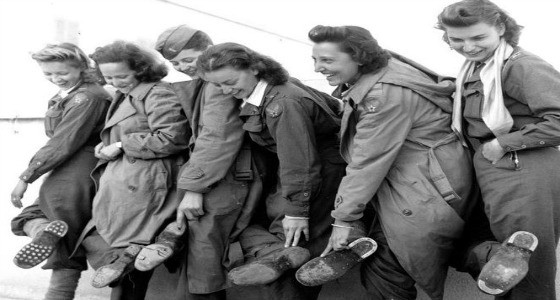 I’m excited to welcome our Guest Author, Sarah Sundin, to my blog today. Sarah has agreed to talk about some of the research she did for her latest historical novel, In Perfect Time. And she’s giving away a copy! But first, I’d like you to . . .

Sarah Sundin is the author of six historical novels, including In Perfect Time (Revell, August 2014), plus a novella in Where Treetops Glisten (WaterBrook, September 2014). Her novel On Distant Shores was a double finalist for the 2014 Golden Scroll Awards. In 2011, Sarah received the Writer of the Year Award at the Mount Hermon Christian Writers Conference. Sarah lives in northern California with her husband and three children. When she isn’t ferrying kids to tennis and karate, she works on-call as a hospital pharmacist and teaches Sunday school and women’s Bible studies.

The chaos and necessity of wartime spurs innovation and raises up pioneers. In my Wings of the Nightingale series, I highlight some pioneering women—the World War II flight nurses.

World War II began seventy-five years ago this week—only thirty-six years after the Wright Brothers’ first flight. The development of enclosed transport planes in the interwar years made medical air evacuation realistic. But who would care for the patients in flight?

The women of the US Army Nurse Corps lobbied to train nurses for the job. They met resistance. The transport planes carried cargo and couldn’t be marked with the Red Cross, making them legitimate military targets. The planes flew into combat zones, sometimes under fire. Would the nation stand for seeing women in danger?

Even more revolutionary—the women would be in charge of the patients during the flight. Without a physician on board, the flight nurse would make all medical decisions in case of an emergency. 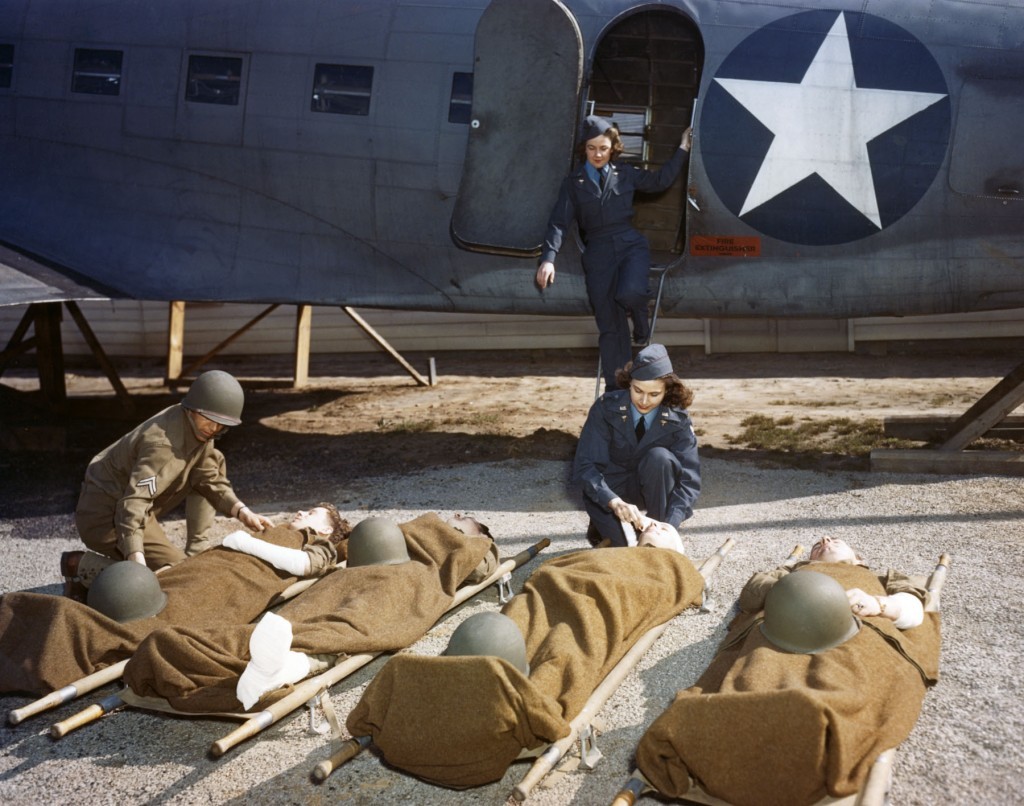 During the war, the flight nurses proved the benefits of air evacuation and proved their own worth. They started IVs and oxygen, tasks reserved for physicians at the time. They treated shock and hemorrhage. One flight nurse even performed an emergency tracheotomy using improvised equipment.

They also showed their mettle in emergencies. Flight nurses and technicians successfully evacuated patients into life rafts after a ditching in the Pacific, unloaded patients from a burning plane after crash landing in North Africa, and loaded patients under enemy fire in the jungles of Burma.

One flight nurse was taken prisoner briefly by the Germans after crashing behind enemy lines, and another parachuted to safety in the mountains of China. In one dramatic incident, a plane carrying a dozen nurses from Sicily to Italy was blown off course and crash landed in Nazi-occupied Albania. With the help of Albanian partisans and Allied operatives, the crew, medics, and nurses all evaded capture and crossed snowy mountains to be rescued at the coast—a two-month ordeal. This incident inspired my most recent novel, In Perfect Time.

“Albanian rescue” pic: Flight nurses of the 807th MAETS showing off their worn-out shoes after their two-month ordeal behind enemy lines in Nazi-occupied Albania. 9 January 1944 (US Air Force Photo)

Through professionalism and courage, the women who served as flight nurses in World War II saved many hundreds of lives and comforted over a million sick and wounded servicemen. 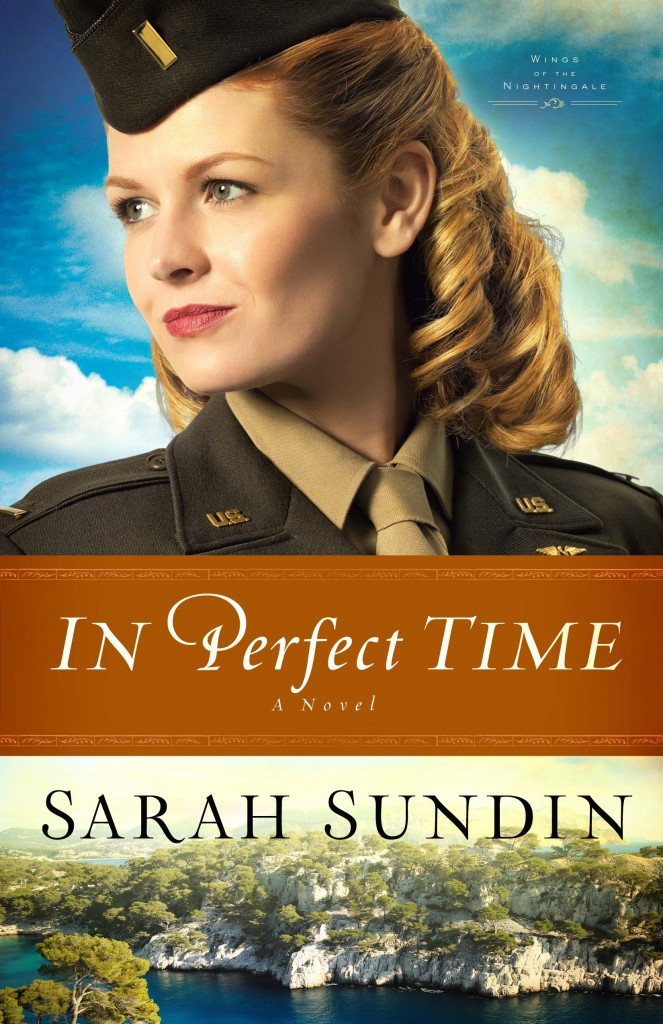 World War II flight nurse Lt. Kay Jobson collects hearts wherever she flies, but C-47 pilot Lt. Roger Cooper seems immune to her charms. Still, as they cross the skies between Italy and southern France, evacuating the wounded and delivering paratroopers and supplies, every beat of their hearts draws them closer. Can they confront the fears and misunderstandings of the past in order to take hold of the future?

Congratulations to ALEX, who won the signed copy of In Perfect Time.

Have you read any of Sarah Sundin’s books? Are you a World War ll fiction fan? What about it intrigues you?