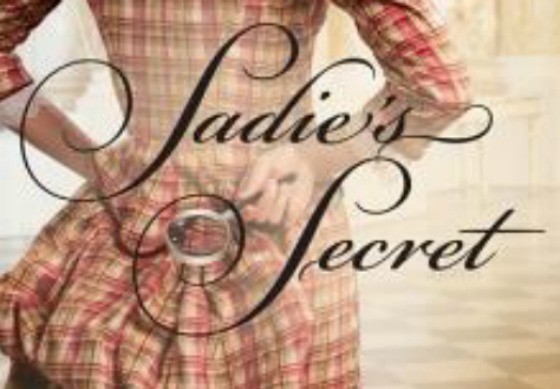 I’m excited to introduce my author-friend, Kathleen Y’Barbo, as my guest today. Kathleen is talking about Lady Detectives, a subject in her newest book, Sadie’s Secrets.

The Legend of Lady Detectives

When I set out to write a heroine equal to the task of catching the charming villain Will Tucker in Sadie’s Secrets, there was no doubt Sadie Callum, the well-bred Louisiana-born daughter of sugar cane planter, would be a Pinkerton agent. After all, what other nineteenth century organization allowed women not only to populate their ranks well before they could vote, but also made great use of their unique talents?

Early on, Allan Pinkerton respected the ability of a woman to go where a man might not be allowed. Thus, he made sure that he always had a few well-trained ladies in his employ for those difficult cases where a feminine touch was needed.

Pinkerton agents—both male and female–were well trained and well paid. Their expertise in surveillance was beyond comparison. Allan Pinkerton was an early proponent of using female agents, determining that often it was the lady who was least suspected of being a detective.

One famous lady Pinkerton was the widow, Kate Warne, thought to be the clean-shaven person standing behind Mr. Pinkerton in the photograph from the Library of Congress archives. Kate Warne, a woman who it is claimed walked into the Pinkerton offices seeking a secretarial job only to leave as a detective, is one of the more memorable Pinkertons, and definitely the first female agent.

Among Mrs. Warne’s many accomplishments was the detection of a plot against President-elect Abraham Lincoln. Not only did she learn of the plot, but she also saved the president’s life by helping to smuggle him into Washington DC for his inauguration disguised as her invalid brother. Later, during the Civil War, it has been alleged that Mrs. Warne was quite adept at fitting in on both sides of the lines and brought back valuable intelligence to the Pinkerton offices. Quite the accomplishment considering women were not yet accepted as valuable members of any other crime fighting organization.

And although Sadie Callum is only a fictional detective, I believe Allan Pinkerton would heartily approve of her methods of bringing Will Tucker to justice once and for all. Take a peek at Sadie’s Secret, the third book in The Secret Lives of Will Tucker series, and find out just how she manages such a feat. 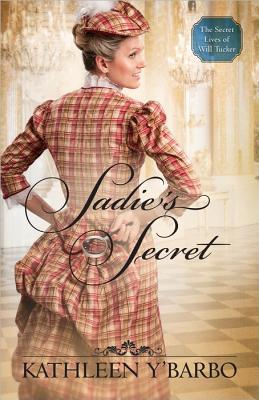 Louisiana, 1890—Sarah Louise “Sadie” Callum is a master of disguise, mostly due to her training as a Pinkerton agent but also from evading overprotective brothers as she grew up. When she takes on a new assignment with international connections, she has no idea her new cover will lead her on the adventure of a lifetime.

Undercover agent William Jefferson Tucker is not looking for marriage—pretend or otherwise—but his past is a secret, his twin brother has stolen his present, and his future is in the hands of the lovely Sadie Callum. Without her connections to the world of upper-crust New Orleans and Newport, Jefferson might never find a way to clear his name and solve the art forgery case that has eluded him for years. Only God can help these two secret agents find a way to solve their case and uncover the truth about what is going on in their hearts.

Click here to read the first chapter of Sadie’s Secret!

Bestselling author Kathleen Y’Barbo is a multiple Carol Award and RITA nominee of forty-five novels with almost two million copies of her books in print in the US and abroad. A tenth-generation Texan and certified family law paralegal, she has been nominated for a Career Achievement Award as well a Reader’s Choice Award and several Top Picks by Romantic Times magazine. A member of American Christian Fiction Writers, Romance Writers of America, and a former member of the Texas Bar Association Paralegal Division, she is currently a proud military wife and an expatriate Texan cheering on her beloved Texas Aggies from north of the Red River.

Visit Kathleen’s website to learn more about her and her books.

Had you lived in the time of the Pinkerton Agency, might you have been a lady detective? Or perhaps someone you know?

Congratulations to Polly Schneider, who won the signed copy of Sadie’s Secret. Thank you, Kathleen, for the Book Giveaway.